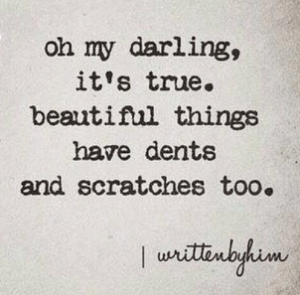 When I got hit I was told, “You are bad no matter how hard you try to be good.” I had never heard “good job”, or “I love you”, not one time. So I mastered having no feelings because feelings were weak and useless. I learned from my father that anger is power and I used it to meet my needs.

The God they taught about I wanted nothing to do with. He was mean, vengeful and didn’t protect me. I despised myself, my life, and all around me. I have a hard dark past, everything from being terribly abused and raped, to choosing addiction over my children.

I decided to begin attending the ARMS Virtue program after my pastor told me it might help my damaged marriage where I chose to be violent. But what really convinced me was an instance I had with my kids where I was abusive. Yelling, swearing, destroying their property-all while sober! I had always thought it was the alcohol or drugs that caused my behavior. I demanded “respect” from my kids even after I had given them up for several years. After all, I was still their mother. I had become the person I swore never ever to be.

I believe that God strategically placed me into the ARMS Virtue group. I have been to many self-improvement classes, along with Bible study after Bible study and NONE of them addressed my needs as this class did. This life-changing program helped me to look at what I believed, why I believed it and if I want to change that belief, how could I change it. I get goosebumps thinking about how it has changed my heart, my thoughts, my relationships, and my life.

The most important part is how it spoke directly to me about who I truly am, who God created me to be. It helped me to understand how to realize my poor decisions in every situation and did so without ever making me feel judged!

I am still finding out who I truly am in Christ and just how much I am valued. Because of ARMS, I am a better daughter, a better mother, a better friend, a better employer, even a better driver. I tell myself I am not being attacked or being taken advantage of and I have nothing to prove.

Two times last week my daughter told me she was proud of the way I handled a situation. I have never heard her say this before. Because of ARMS, my children have a decent mom, a mom who shows them that change, although terribly hard, can be done.

ARMS taught me I am empowered when I make choices to heal rather than hurt. I thank God for the miracle of ARMS. I can’t even fathom the thousands of lives it has changed so far and how many children do not have to suffer any longer.

It’s just such a beautiful thing.