The Blessing of Boundaries 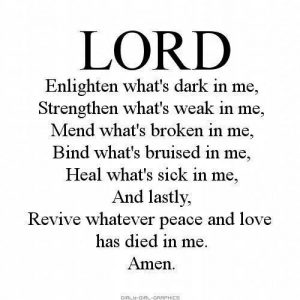 I had always told myself that I would never marry anyone like my father, yet that is exactly the type I married! I had a 16-year long painful marriage that contained many forms of abuse. It’s something I should have got out of years ago for the sake of my children and myself, but I was too scared of the unknown to actually do it.

I remember the first time my husband went to jail for hurting me. It was in the middle of the night that the police took him. The next morning I had to go to a meeting at church because I was involved in a large women’s ministry at church. I never let any of my friends know there was domestic violence in my marriage and I was not ever going to let them know that my husband was currently in jail or that I was afraid to even go home after the meeting, since I knew he would have been out on bail, angrily waiting for me. I wanted to fit in and keep my ministry at church. I assumed churches wouldn’t want me in leadership if they knew I was experiencing domestic violence! The only ones who knew were my family.

But the next time my parents and siblings saw my husband, they acted as if nothing ever happened! There were never any consequences for him and he knew it. My family has been extremely unsupportive. They did not believe that abuse was a reason for divorce. My own father has supported my husband throughout our entire divorce, even volunteering to be his chaperone while my husband was on court ordered supervised visitation with our children.

I attended an ARMS Her Journey class while I was going through my divorce. I was very leery and terrified to go that first night. I always saw myself as a very self-sufficient, smart, independent woman. I was highly embarrassed to attend and admit I had been abused. I decided that I would walk in and if I recognized anyone I knew or if it was a bunch of down-and-out women, I would just act as though I was in the wrong class and leave!

I did go to the first class and it was filled with normal women, just like me. I stayed and formed some very close friendships. One of the most life changing principles that ARMS has taught me was how to have healthy boundaries, not just in marriage, but all relationships.

ARMS also taught me how to recognize red flags in unsafe people. I had always wondered why I had hooked up with verbally or physically abusive men in my life. I figured it was ‘just my bad luck’. After attending Her Journey classes, I realized I had never learned about healthy boundaries.

I feel like I have the tools now to move forward from my hurtful past and live the joyful abundant life that God has always wanted me to have. I now believe that I am a daughter of the King of Kings and Lord of Lords, therefore I am a PRINCESS!