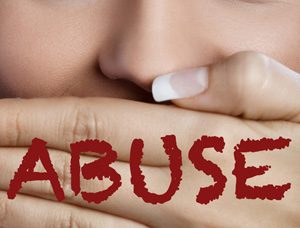 My story involves several abusive relationships. Even after I became a Christian and thought I was healed, I found the pattern repeating.

There were so many red flags about my abuser’s behavior.  Some I saw, some my friends pointed out and others I sensed but could not believe. I kept thinking when he found out how much I loved him, his behavior would change.

He was a “knight in shining armor”! I was very naive and only wanted to believe everything would work out for the best. Shortly into the marriage, he would rant, rave, slam things, threaten, berate and question a lot of what I did.

After that marriage ended, I met another man and thought, “Where has he been hiding?” He said he attended the church and I believed him. I was flattered and enjoyed his attention. I loved the fact that we talked and talked! There were many times we would have discussions and I wound up crying, and he would reassure me that all was well. But it wasn’t long before it seemed I could do no right! I was walking on egg shells.

I lied in pre-marital counseling, as I was embarrassed that I let him treat me certain ways. I didn’t want to lose him. I married him anyway.

This marriage wasn’t any better. I would be lectured for hours, he would twist my words into ugly things. He would then demand I ask for forgiveness for not submitting to him. I felt like I was going crazy! He would not allow me to sleep. The abuse escalated. He wouldn’t let me out of his sight! He would not go to work for days. He would be evil, then so loving and kind! The cycle would catch me off guard almost every time!

I finally left and began to find healing. God led me to ARMS. I couldn’t believe someone else could have experienced the same thing as me. I found myself crying. I remember thinking how did the founders of ARMS know my husband? Everything I learned was spot on! I started to feel validation of the abuse I experienced.

I began to see the steps the Lord was taking me on to grow past the abuse and heal!

Everything I learned to feel about the validation of the abuse, I experienced. I began to see the steps the Lord was taking me on to grow past the abuse and heal!

The ARMS Her Journey program gave me the tools I needed to work through the process of moving away from the power of abuse or control of domestic violence. I am not saying it is easy, but each time that I attend class, I saw areas I still had not dealt with. Sometimes I got so excited at what He was and is still doing!

I cannot thank all the people involved with ARMS Her Journey program enough for the path they have led me through with the grace and help of God.